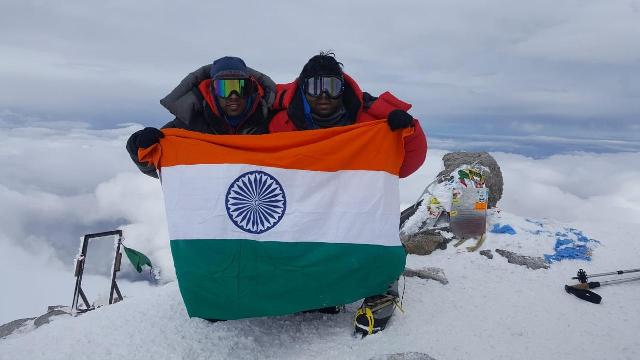 Sam and Sumit are brothers. They reached 5,642 meter above sea level after seven days journey on September 8.

The brother duo brought laurel for the country by displaying Indian tricolour atop the mountain where the temperature is recorded minus 25 degree celsius.

Earlier, Sam had successfully climbed Mount Kilimanjaro, the highest mountain in Africa, about 4,900 metres from its base and 5,895 metre above sea level.

Both Sam and Sumit are sons of OUAT Vice Chancellor Surendranath Pasupalak. While Sam is the former CEO and co-founder of Maluuba, a Canadian technology major, his sibling Sumit is currently working as CEO of a Startup in Canada.