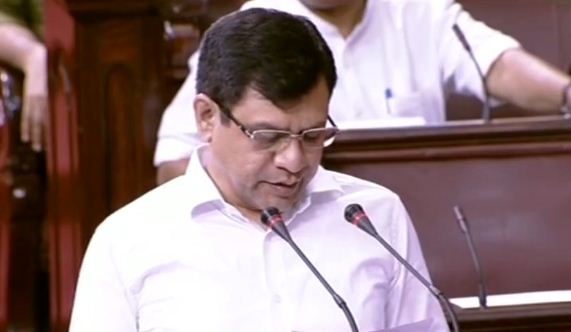 The oath of office and secrecy was administered to Vaishnaw by Chairman of the Rajya Sabha, Venkaiah Naidu. The former bureaucrat took oath in Odia language.

Vaishnaw and BJD’s Amar Patnaik and Sasmit Patra were elected unopposed in the recently concluded by-polls to three Rajya Sabha seats of Odisha.

The ruling BJD had extended support towards the candidature of Vaishnaw. He had filed nomination for the seat vacated by BJD’s Khandapada MLA Soumya Ranjan Patnaik, whose term in the Upper House was to end in April, 2024.