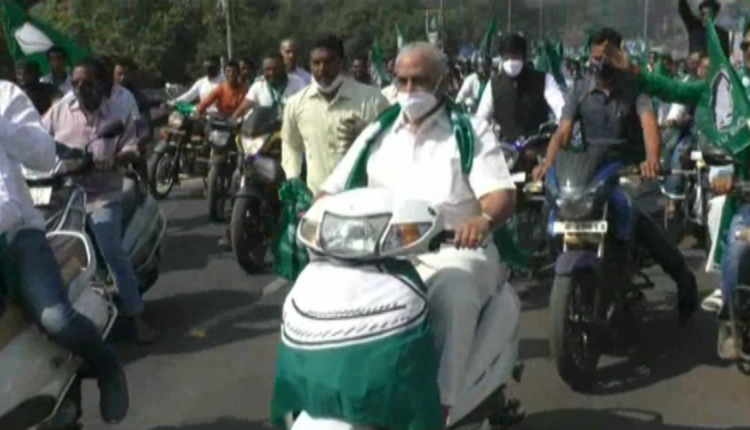 The BJD parliamentarian was fined Rs 500 by the police for not wearing helmet during motorcycle rally that was taken out to mark the Foundation Day of the party.

According to reports, Rao along with partymen had joined a motorcycle rally after paying floral tribute to the legendary leader late Biju Patnaik at New Bus Stand in Rayagada town on the occasion of party’s foundation day. With party workers, he rode a scooter wrapped in BJD’s flag. However, he was found without helmet while driving the two-wheeler.

Taking action against the lawmaker under new MV Act, the police reached him and collected Rs 500 as fine from him.

Reacting to the incident, Rao said that he paid fine as he respects law of the country.