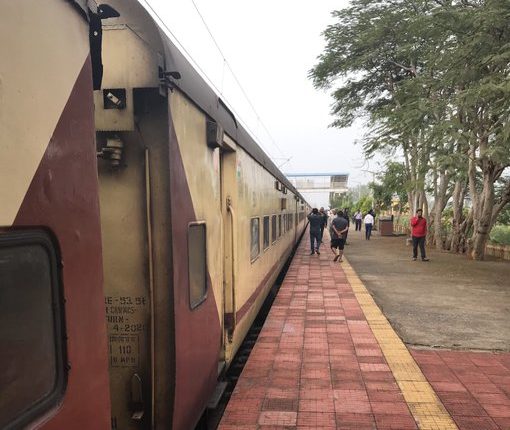 Angul: Odisha MP and former Union Minister Jual Oram had a harrowing time along with other passengers today after the Puri-Hatia Tapaswini Express was stranded for more than six hours at two railway stations in Angul district  due to engine failure.

Reportedly, the Express train halted at Angul railway station for more than three hours late last night and again at Bamur station for over three hours this morning. The BJP MP, who was travelling from Bhubaneswar to Rourkela in the train along with RSS Kshetra Sampark Pramukh PK Mishra, took to Tweeter and sought intervention of Union Railway Minister Piyush Goyal for restoration of the train service.

I am slog with Shri P K Mishra Khetarpal Sampark Pramukh of RSS held up at Bamur Station for more than 3 hours due to Engine failure of 18452-Tapswani Express.Very sad.@PiyushGoyalOffc