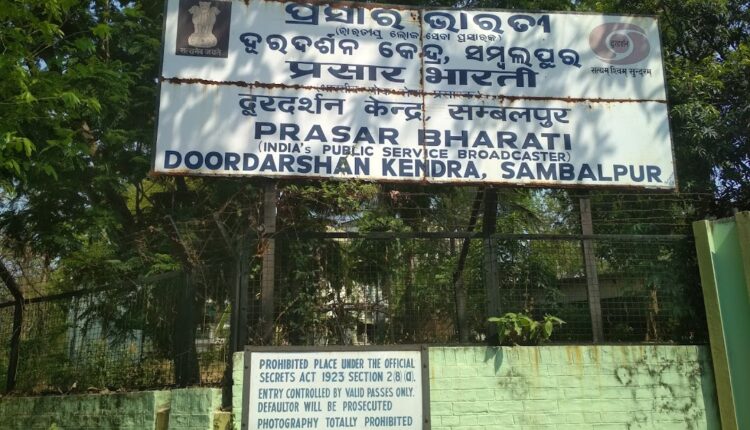 Bhubaneswar: Lok Sabha member from Odisha’s Bargarh, Suresh Pujari, has shot off a letter to Prime Minister Narendra Modi seeking his personal intervention and support in reviving the Doordarshan Kendra (DDK) Sambalpur and bringing it back to its past glory.

In the letter, the Parliamentarian said the Doordarshan Kendra in Sambalpur, which was commissioned back in 1978 as the eighth DDK of the country, has started losing its past glory and surviving as a structure only, thanks to non-patronisation and reduction of staff and its dimension.

The DDK has played a pivotal role in promoting and enriching the rich culture, heritage, tradition, music and dance of western Odisha, he stressed.

Elaborating the DDK’s sorry state, Pujari said the programme generating facility (PGF) studio has almost become defunct as there is no programme staff out of 15 sanctioned strength. The sorrowful state of affairs can be well understood from the fact that the only cameraman available against two sanctioned strength was withdrawn and transferred by the Prasar Bharti, thereby putting the last nail in the coffin, he added.

He urged the PM to ensure that the vacant posts, including that of two cameramen in the production unit be filled up at the earliest. The MP also demanded upgradation of the centre to a full-fledged DDK with ultramodern studio, DD-6 (RLSS) channel for 24×7 service and a fully digitalised news van (broadcast van).

Earlier yesterday, several eminent artistes of western Odisha including Haldhar Nag and Jeetendra Haripal sat on a dharna in front of Sambalpur Collectorate demanding revival of the DDK.

Afghans will not be allowed to leave country: Taliban