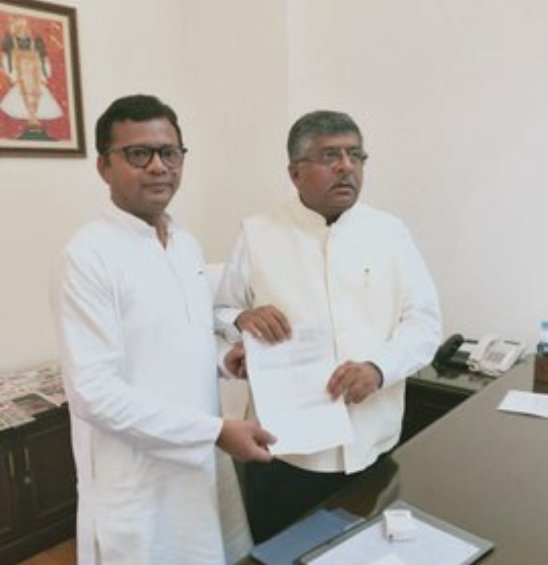 New Delhi: In view of over seven months long ceasework by the lawyers in Undivided Koraput district, Lok Sabha MP Saptagiri Ulaka urged the Centre for the permanent bench of Orissa High Court in southern region of the state.

In a letter to Union Law & Justice Minister, Ulaka said that the common people in Undivided Koraput district are suffering due to lawyers’ ceasework since December 4, 2018.

He justified the agitation stating, “The demand of the people of region for bench of High Court is genuine and bonafide. It also fulfills all the broad principles and criteria made by Justice Jaswant Singh Commission in accessing the expediency and desirability of setting up of a bench of the high court away from the principal seat and the factors to be kept in view in searching the venue of the said bench.”

He said that many letters have been exchanged between Ministry of Law and Justice and Odisha government and the Chief Justice of Odisha from July 8, 2018, to January 12, 2019 but without any fruitful result.

Raising the issue for setting up the high court bench at any suitable place of Undivided Koraput district, the MP representing Koraput parliamentary constituency, requested the Union minister to look into the matter that is pending for over two decades and take necessary steps directing the Chief Justice of Orissa High Court and the state government to resolve the issue for betterment of the tribal, poor and general public of erstwhile scheduled Koraput district.

Two MPs from Odisha urge Goyal not to change route of…