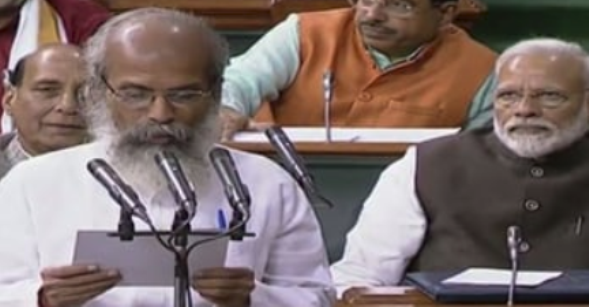 New Delhi: The elected members to the 17th Lok Sabha of Indian Parliament from Odisha took oath in the lower House here today.

The MPs from Odisha including newly elected Pratap Sarangi, Aparajita Sarangi and Saptagiri Ulaka were sworn-in by the Pro tem Speaker Virendra Kumar in the Lok Sabha.

Prime Minister Narendra Modi took the oath as the Lok Sabha MP in the Parliament. The 17th Lok Sabha will see the passing of the Union Budget and some key legislations including the Triple Talaq Bill being on top of the government’s agenda.

Prior to swearing-in event, Modi acknowledged the role of opposition in democracy.

“The role of an active Opposition is important. Opposition need not bother about their numbers. I hope they will speak actively and participate in house proceedings,” the PM told media.