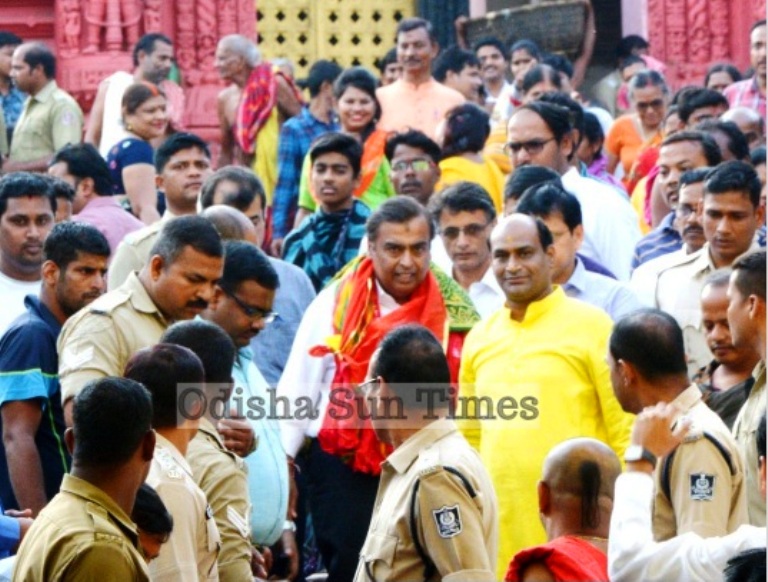 Puri: Reliance Industries Chairman and Managing Director Mukesh Ambani today visited Lord Jagannath Temple in Odisha’s Puri to seek blessings for his daughter who is getting married next month.

According to sources, Ambani reached Puri at 3.15 p.m and spent around 15 minutes inside the temple offering prayers. He placed the invitation card of his daughter Isha’s wedding with the offerings before the deities.

The richest man of India was also seen interacting with some servitors of the temple during his brief visit to the Holy town. “I feel blessed and fortunate,” the business tycoon told reporters after coming out of the temple.

He flew back to Bhubaneswar in his chopper from where he was schedule to return to Mumbai this afternoon.

Earlier in the month, Ambani family had also visited Kedarnath and Badrinath and sought the blessings of the presiding deities.

It may be recalled here that Ambani’s daughter Isha is getting married to Ajay and Awati Piramal’s son Anand on December 12.

Earlier in the day, the Reliance boss had announced that his company will invest additional of Rs 3000 crore in Odisha during his address in the second edition of Make In Odisha Conclave at Janata Maidan in Bhubaneswar.