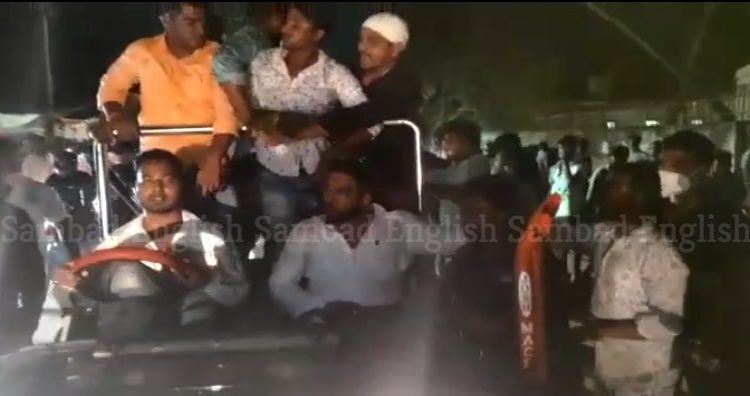 The procession started in front of the Jharpada jail and continued for four kilometers. Barring a few, most of the participants of the rally were without mask. Above all, they flouted the social distancing norm at a time when there has been a surge in COVID-19 cases every passing day the city.

A denizen said someone cannot imagine that the Commissionerate Police was kept in dark when this kind of rally was held barely a few meters away from Airfield Police Station.

In his reaction, Bhubaneswar DCP Uma Shankar Das said, “Action will be taken in this regard if we get the evidence.”

Meanwhile, family members and relatives of Amaresh Nayak of Sundarpada area who was beaten to death on Diwali night last year alleged due to flaws in the chargesheet filed by police, the Orissa High Court granted bail to the four accused and subsequently they were out of jail.

The family members further claimed they have been getting anonymous phone calls issuing threats.

Last year during Diwali night, Amaresh was beaten to death by some miscreants near Ekamra College. While investigating the case, the Commissionerate Police detained former Corporator Debi Prasad Nanda alias Mantu. However, the police released the former Corporator after facing resistance from public.

Later nine persons were arrested in connection with the murder case. After the Orissa High Court granted bail to four out of the nine accused on Thursday, they were released on bail last night.