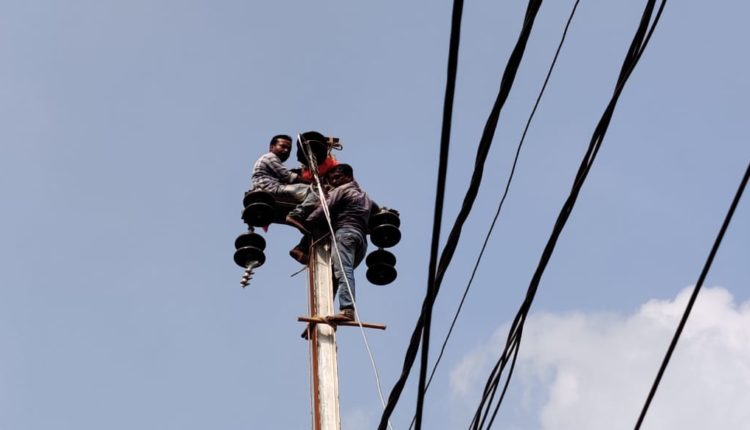 Umerkote: Two labourers had a narrow escape after one of them lost consciousness while working on an electricity pole on the main road in Umerkote of Nabarangpur district today.

As per reports, Baidu Bhatra along with another labourer climbed the 60-foot high electricity pole to lay new wires and change the old ones. While changing the wire, Baidu moved his head and fell unconscious. His colleague was unable to come down due to the fear of losing balance on the pole.

Residents of the town initially spotted the two labourers got stuck on the pole and informed the police and Fire Service personnel about the matter.

With a few minutes, the Fire Services personnel reached the spot and rescued the duo after an hour-long operation.

Locals have raised questions about the Electricity department and contractor’s callousness in allowing labourers to work in dangerous conditions without safety belts and helmets.

In his reaction, the department’s Junior Engineer said action will be taken against the concerned contractor for his carelessness.