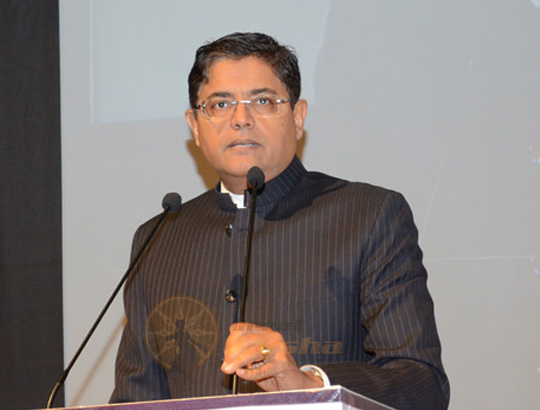 “In the last three-tier Panchayat elections, Panda had indulged in anti-party activities by openly campaigning for opposition candidates in his constituency instead of party candidates. This is totally against the interests of party and its functionaries who are responsible for sending him to Parliament four times,” Patro alleged.

The BJD Vice President said that after 2014 elections Panda,  Vice-Chairman of the Indian Metals and Ferro Alloys Limited, wanted to become Chairman of the Standing Committee on Finance in the Lok Sabha, while stating that if nominated by the party for the same he can manage to get it by lobbying with the powers that which would otherwise be difficult despite BJD being the party with fourth largest representation in the Parliament.

“The party leadership had rejected Panda’s proposal for nominating him for the post of Chairman of the Standing Committee of Parliament on Finance apprehending that there would be a serious conflict of interest in his nomination between the State and the country on one side and one industrial group which he was the Vice President on the other,” Patro explained.

“Panda has been directly and indirectly indulging in activities aimed at weakening BJD, whether it is the Parliament, State, constituency or media space – no opportunity was missed by  Panda to criticize BJD and eulogize the opposition. His claims of being a founder member of the BJD are totally false,” he added.

“Panda as Vice-Chairman of IMFA has drawn annual salary and allowances of Rs 1,45,27,747 in 2014 and there has been a huge loan waiver running into thousands of crores to IMFA (previously ICCL) which is still a subject matter of debate. IMFA is a company which is into mining,ferro alloys and power in Odisha,” Patro pointed out.

Quickly replying to Naveen’s action against him, the Kendrapara MP took to Twitter and said he was “shocked” and reireratated his claim that of an IAS officer helming the ruling party.

*I’m shocked at this news
*Very very sad @Naveen_Odisha didn’t see thru the conspiracy agnst me led by an IAS ofcr now controlling th party
*I vehemently deny the allegations agnst me, they are entirely false & baseless
*I will pray to Jagannath for guidance b4 i respond further

Panda was in the eye of a storm after he attacked bureaucrats in the Chief Minister’s Office for “interfering” in BJD politics.

BJD leaders and workers submitted memorandums against Panda to Naveen Patnaik, who heads the party in the state.

Panda was earlier nominated by the BJD twice to the Rajya Sabha in 2000 and 2006. In 2009 and 2014, Panda contested Lok Sabha elections on a BJD ticket and represented Kendrapara constituency.

The BJP, on the other hand, has termed Panda’s suspension as a move to divert people’s attention from the outrage following suicide of Kunduli gang-rape victim.

“He (Panda) has been suspended from the party for diverting public attention from Kunduli gang-rape victim’s suicide. Besides, the party might have taken action Panda as he had raised his voice against the non-Odia IAS officer in the third-floor (Chief Minister’s Office). By doing so, Naveen has proved his helplessness. The infighting within the BJD will turn serious which will weaken the party,” said Sameer Mohanty, Vice President State unit of BJP.