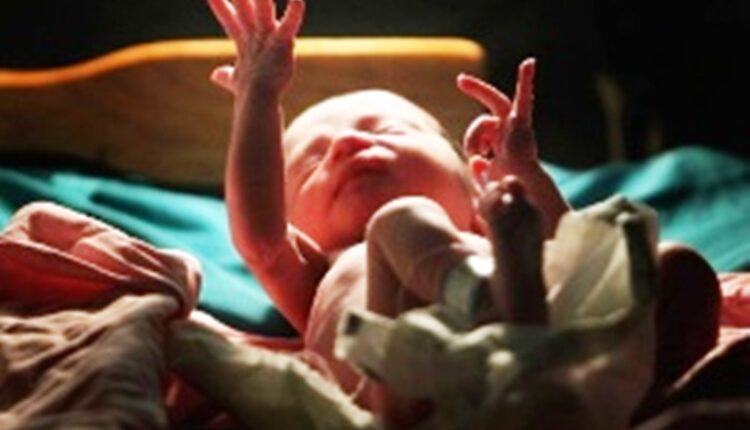 Bhubaneswar/Kalahandi: Barely 15 days after birth, Gudia was found infected with COVID-19. Fighting the battle with the deadly disease for 20 days in a hospital here, the newborn recovered completely and was discharged yesterday.

Preeti Agarwal (29), wife of Ankit Agarwal (32) of M Rampur in Kalahandi district, delivered her first child at a hospital in Raipur of Chhattisgarh district.  Few days after, when the couple returned to their hometown, the newborn suffered from fever and did not breastfeed properly.

When many of the family members developed COVID-19 symptoms within a few days, they all went for a test and reports of all of them came out positive. Ankit’s father succumbed to virus while undergoing treatment at a private hospital in Bhubaneswar. Ankit was also admitted to the same hospital, while his wife and sister with mild symptoms were under home isolation. However, the infant showed respiratory issues. She was immediately rushed to a hospital in Kalahandi and later admitted to an isolation ICU of a private hospital in Bhubaneswar. She was put on ventilator for 10 initial days. After undergoing treatment for another 10 days, the infant recovered from the disease.

Dr Arijit Mohapatra, a neonatologist at the hospital, said the baby recovering from the disease was nothing less than a miracle.

“Gudia was referred from Kalahandi with H/O fever, poor feeding, seizures, severe respiratory distress. Both of her parents and many others in the family had tested positive for the virus. It looked impossible for us to save the baby. We put her on ventilator for 10 days and gave her Remdesivir, steroids and antibiotics meant for newborns. Finally, she recovered and was discharged in healthy condition,” the doctor said.

Registration of new vehicles by dealers in Odisha from…