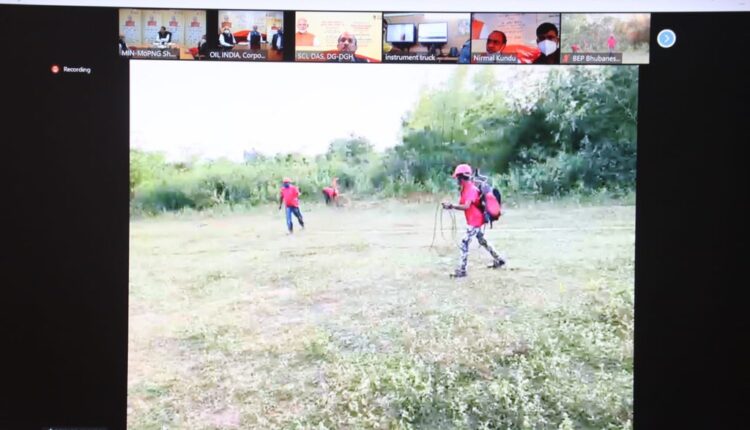 Seismic data acquired under National Seismic Programme (NSP) in the state of Odisha led to offer of five blocks by DGH and OIL won all the five blocks for hydrocarbon exploration under OALP-II and III rounds.

OIL plans to acquire, process and interpret 1502 LKM of 2D seismic data and 1670 Sq Km of 3D seismic data in the five blocks. Interpretation of the data is envisaged to lead to an extensive exploratory drilling campaign, in quest of establishing hydrocarbon reserves.

Pradhan congratulated the OIL for this initiative, expressing the hope that this will help the company in having better success rate in exploration of the reserves.

Commercial production of oil and gas from Mahanadi basin will be a game changer in the socio-economic development of Odisha and will also thrust Odisha and eastern India on the path of progress and prosperity in sync with the vision of Purvodaya, he said.

Min temperature likely to drop by 4-5°C in Odisha

Radha Pada darshan at Gopinath temple restricted for this year