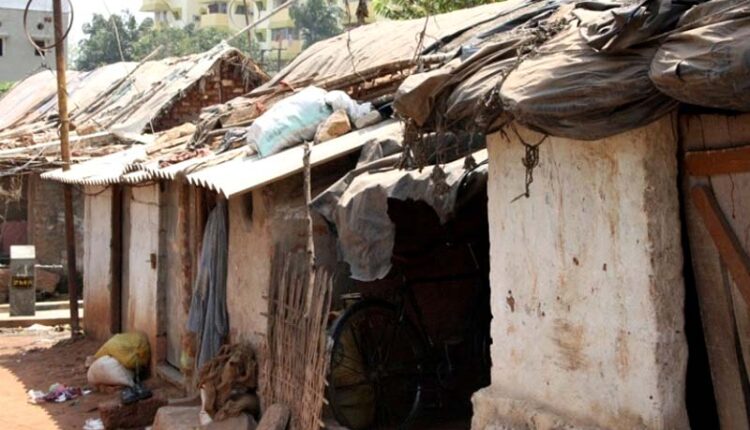 Bhubaneswar: Odisha Government today approved a proposed ordinance to confer land rights on the slum dwellers ahead of ULB elections in the State.

The promulgation of proposed Ordinance will not only ensure security of tenure but will also make the households eligible for
availing benefits under housing schemes, benefitting approximately 2.4 lakh households covering about 9.7 lakh population in 5 Municipal Corporation areas.

Earlier, Odisha Government had enacted ‘Odisha Land Rights to Slum Dwellers Act, 2017’ to provide land rights to identified and eligible slum dwellers with a twin objective of providing security of tenure and to transform the slums into liveable habitats. Later, the Act was extended to all the municipalities and NACs.

However, after about 4 years of implementation of the law, the amended provisions were found inconsequential as no significant progress could be made regarding conferment of property rights to the beneficiaries owing to various reasons for which over 2 lakh households were deprived of availing housing assistance under PMAY.

With approval of the ordinance, the Municipal Corporations will either grant property rights or land rights to beneficiaries.

“If it is not possible to grant property rights, the Corporations will have the flexibility of granting the land rights to the slum households in-situ over a land upto an extent of 45 Sq.mt. If the slum households belong to EWS category, land rights are proposed to be granted free of cost over an area of 30 Sq.mt. If the slum household is in occupation of a patch of land, which is less than 30 square meter and vacant Government land is available adjacent to the dwelling unit, it is proposed that land right shall be granted over a land as nearly as 30 Sq.mt. by amalgamating the land available for the purpose,” the Housing & Urban Development Department said in a release.

The Ordinance is a reassurance to the slum dwellers on their “Right to the City” and confirmation that “the Government values its
people more than it values its land”, the release stated.

MoU signed for slum dwellers to provide land rights in…