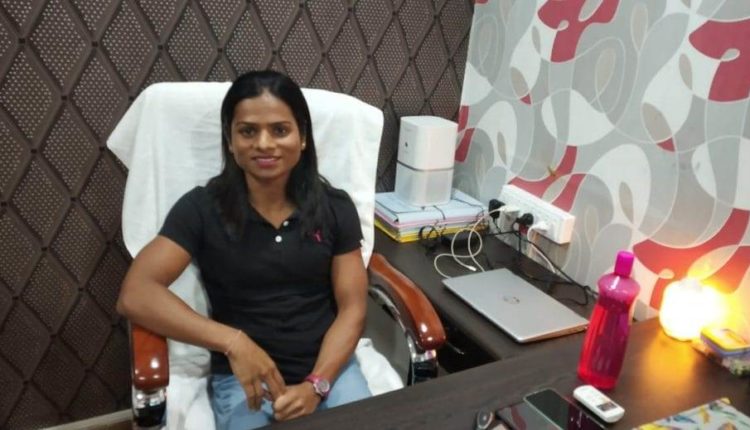 Recently, the Olympian opened up two hotels ‘DT Delights’ in Bhubaneswar with an aim to provide jobs to unemployed youth. With collecting much applause in 100-metre international sprint events, Dutee now takes up new task as a challenge to establish herself in business.

Initially, the athlete has selected twin city Bhubaneswar-Cuttack for her hotel projects. She is targeting to launch 100 hotels in next two-three years across Odisha.

According to reports, Dutee has opened up two hotels — one at Sailashree Vihar and another one near AIIMS, Bhubaneswar, in partnership. An agreement has been made with OYO — an online hotel booking application — for 10 years. Along with Dutee, her business associate Saroj Kumar Mishra is also excited see their new venture to get success in upcoming days.

Speaking about her new venture and business experience, Dutee said, “Initially, we received zero response as the rooms were not filled with guests after opening up the hotels. Later, the issue was resolved. Now, we register record bookings for the rooms.”

She attributed her hotel business to growing unemployment of the state.

“Over 10 youth from my locality have been engaged in my hotels. With increase in number of hotels in upcoming years, the recruitment percentage will rise accordingly,” Dutee told ‘Sambad’ adding that she has spent all her reward amounts in her business.

Besides, her target for 100 hotels, she is planning to open up a five-star hotel designed for the Olympians.

Moreover, Dutee also wants to do for the poor weavers of her native place.

“I am going to set up a trust that will work for poor weavers,” she revealed to the vernacular daily.