Odisha: One killed, one goes missing as truck veers off road at ghat 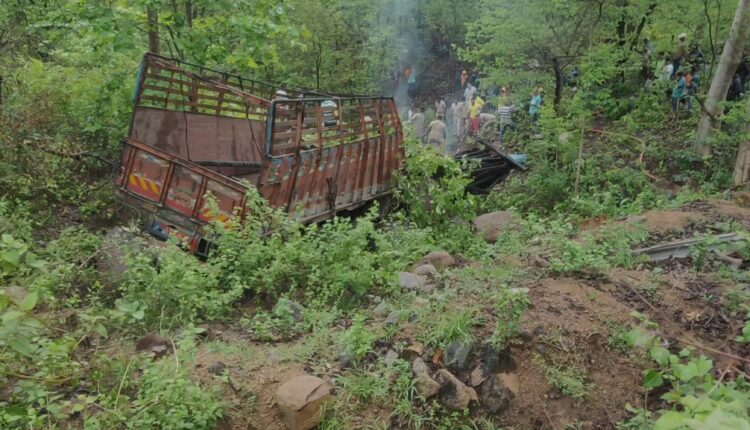 Nabarangpur: One person was killed while another person went missing when a pipe-laden truck veered off the road and plunged into a 30-foot deep gorge in Jharigaon-Chandahandi ghat in Nabarangpur district today.

The truck carrying pipes was en route to Chandahandi from Gujarat when it met with the accident. During the evening hours, driver of the truck lost control and the vehicle fell off the ghat.

Eyewitnesses said the front cabin of the truck detached from the rear portion and caught fire.

After receiving information, police and Fire Service personnel reached the spot and carried out rescue operation after dousing the fire.

While one body was recovered from the spot after two hours of rescue operation, another person is suspected to be buried under the heap of pipes, said a rescuer.

Sources said two trucks carrying pipes had left Gujarat to Chandahandi. However, one of the two trucks met with the accident whereas the other one crossed the ghat few minutes prior to the mishap.

As per latest reports, the rescue operation is on to know the whereabouts of the other person travelling in the truck.