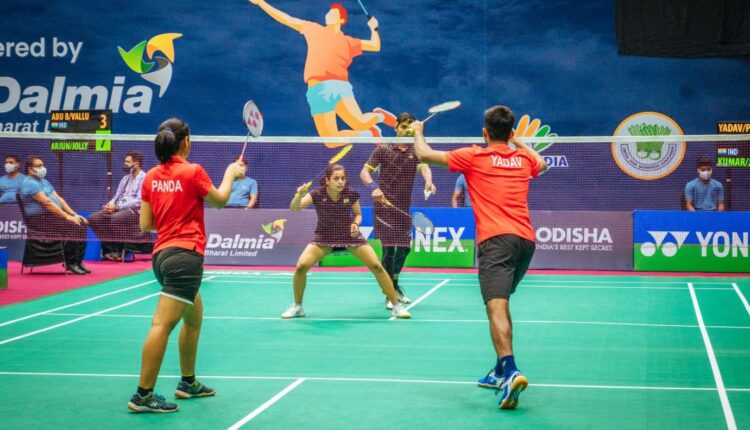 Malvika won the first game comfortably. However, in the second game, Tanya Hemanth mounted a comeback and stretched the match into a decider.

The third game saw the world No 67 Malvika in a spot of bother after trailing 11-10 at the break. However, the highly-rated Indian youngster used her long reach to good effect and sealed the match in 58 minutes.

Malvika, who is looking to make her second consecutive final after playing in the Syed Modi International title decider last week, will next face teenager Unnati Hooda in the final four on Saturday.

Another title contender at the Super 100 event, Ashmita Chaliha also advanced to the semi-finals after defeating Rhucha Sawant 21-17, 21-15 in her quarter-final match. She will face Smit Toshniwal in the semi-final on Saturday.

Kiran defeated Shubhankar 21-16, 10-21, 21-19 while Priyanshu registered a 13-21, 21-14, 21-8 win over Mithun. Kiran will next face Ansal Yadav while Priyanshu, winner of last year’s Ukraine International, will be up against Kaushal Dharmamer in their semi-final matches.

Meanwhile, the women’s doubles pair of Treesa Jolly and Gayatri Gopichand took just 13 minutes for a routine 21-7, 21-3 win over Vaishnavi Khadkekar and Ellora Koner. They will face Arul Bala Radhakrishnan and Nila Valluvan in the semi-finals on Saturday.

In the mixed doubles, Treesa Jolly progressed to the semi-final with MR Arjun. The pair defeated Nazeer Khan Abu Bakkar and Nila Valluvan 21-12, 21-7 in straight games.