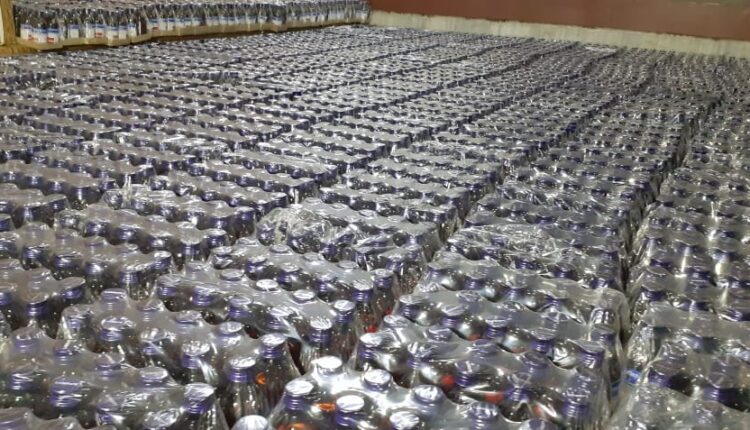 Balangir: Busting an interstate gang of drugs smugglers, the Balangir police seized 14,400 bottles of cough syrup worth over Rs 20 lakh from Kandagada forest under Turekela police limits this morning.

Acting on a tip-off, a team of Balangir police conducted a raid in the forest and seized a truck containing a consignment of 14,400 bottles of Ascoril cough syrup stashed in 90 cartons. The cops also arrested two persons in this connection.

The truck and the arrested driver belong to Karnataka state. Another arrested person is a resident of Khujenbahal village under Turekela police limits. Sedatives were being added into the cough syrups when the raid took places. The accused had planned to sell the same through local retailers at higher prices, informed Balangir SP Kusalkar Nitin Dagdu at a presser.

The cops also seized some tablets and Rs 13,000 cash from their possession. Further investigation is on to find out the supplier of the cough syrups and nab other persons involved in the racket.

Remaining matches of IPL 2021 to be held in UAE