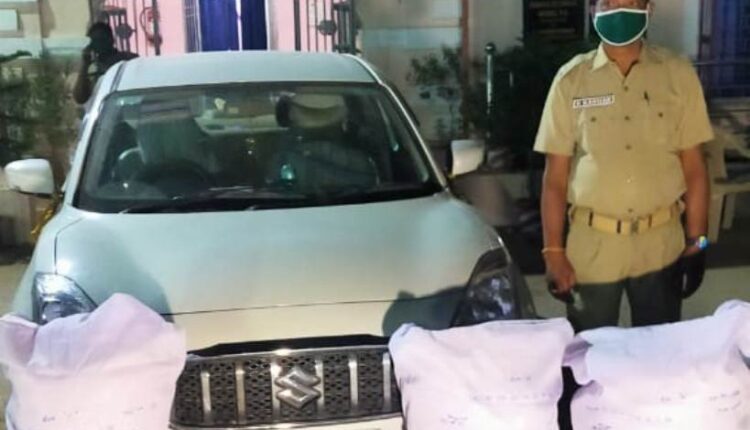 Boudh: The police seized three packets of ganja weighing over 60 kg from a Dzire car owned by a bank manager in Boudh town area. However, no one has been arrested in connection with the case so far.

A police official of Boudh Police Station said after receiving a reliable information a police team frisked vehicles near Bridge Chhak on Mursundi-Baghiapada road at around 8 pm on Sunday. Meanwhile, the driver of a car bearing registration number OD27B 4650 escaped leaving behind the vehicle upon seeing the police team.

Eight quintals of ganja, gun seized from pick-up vehicle in…

In presence of a Magistrate, the car was searched by the police team. Three packets of the ganja weighing a total of 60.35 kg were recovered from the vehicle.

The police registered a case under the NDPS Act and launched an investigation. The police official added preliminary probe shows the car is owned by Sunil Sahu, Branch Manager of Kantamala Cooperative Bank.