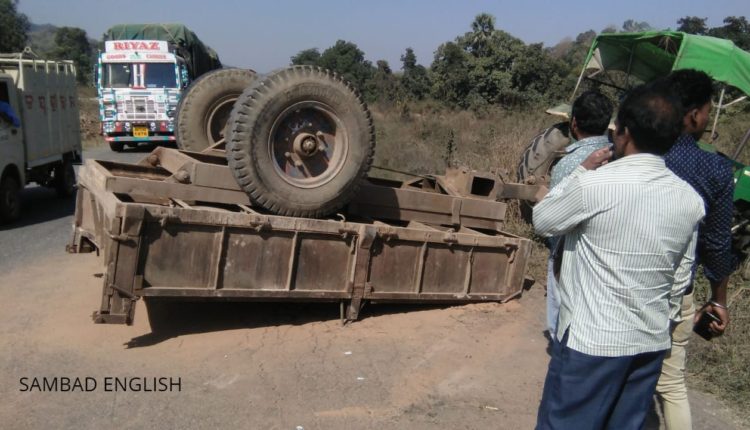 Sambalpur: Owner of a tractor, which met with an accident yesterday here resulting in death of at least two labourers, was fined Rs 53,200 for violation of various traffic norms.

Worth mentioning, a bus had hit the tractor on National Highway-55 in Sambalpur district yesterday killing the two labourers and critically injuring three others.