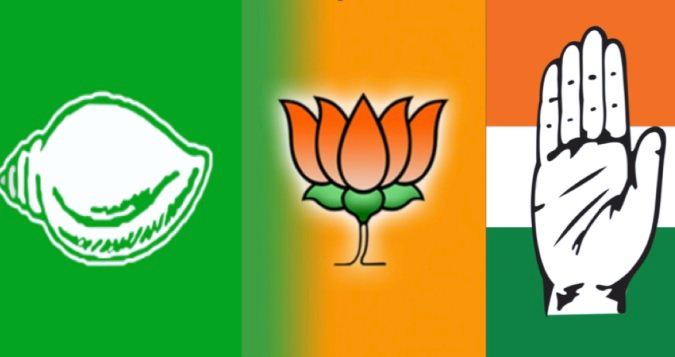 Bhubaneswar: Padampur Assembly constituency in Bargarh district of Odisha is all set to witness a high-voltage campaign tomorrow as two Union Ministers are scheduled to address two public meetings jointly ahead of the December 5 by-election.

The two Union Ministers will address the public meeting at Paikamal at 11 am and at Ashok Field at Padampur at 12.30 pm, sources said.

Vaishnaw’s campaign for the BJP candidate assumes significance as the saffron party and the ruling Biju Janata Dal (BJD) in Odisha have been engaged in a verbal tussle over the proposed railway line project from Bargarh to Nuapada via Padampur.

Similarly, Tomar’s participation in the by-election campaign comes amid the ongoing farmers’ agitation in Padampur over delay in the settlement of insurance claims for crop losses in the Kharif season of 2021.

Notably, the by-election has been necessitated due to the death of sitting MLA Bijaya Ranjan Singh Bariha on October 3. Bariha had been elected from Padampur Assembly segment on a BJD ticket in 2019.

The BJD has fielded Bijaya Ranjan’s elder daughter Barsha Singh Bariha for the bypoll while the Congress party has picked its former legislator Satya Bhusan Sahu to take on the BJP and BJD nominees in the crucial electoral battle.