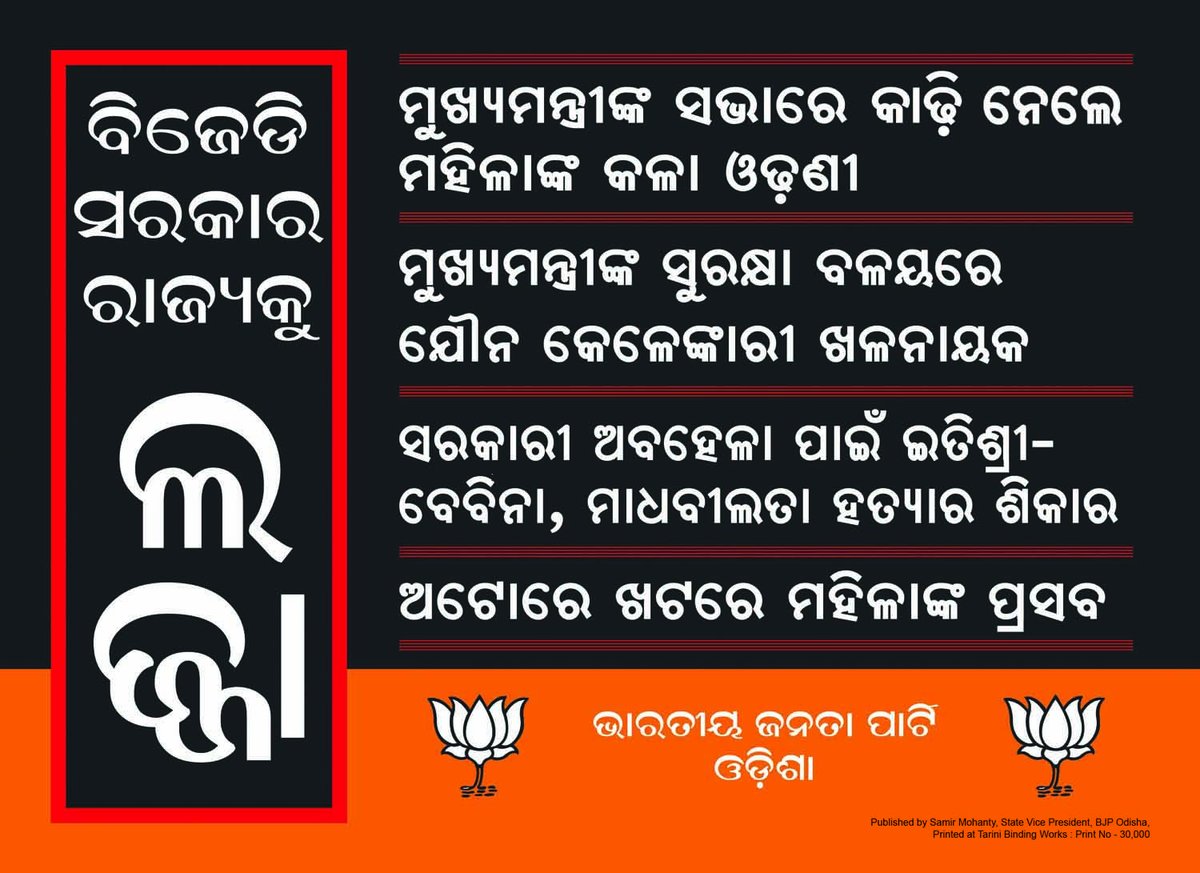 With panchayat polls looming large, Odisha unit of BJP today launched campaign posters for the polls while PCC President Prasad Harichandan started a whirlwind tour of 22 districts of the state.

BJP launched its posters at the state headquarters in presence of top party functionaries today.

“Leaders of BJD have benefited while people living in villages have lost hope under Naveen rule. The prestige of women has been shattered,” said Odisha BJP Vice President Samir Mohanty.

Speaking about his party’s strategy for the polls, PCC chief Harichandan said, “We are taking up the anti-people policies of the government during our campaign. This fight is against both BJD and BJP”.

Biju Janata Dal, meanwhile, is working towards finalizing its candidates list, said a source in the party.

“They (opposition) never did anything. Neither are they doing anything. They are frustrated and their campaign shows that. People know who is working for them and are wise enough vote for them,” said BJD MLA Raseswari Panigrahi.