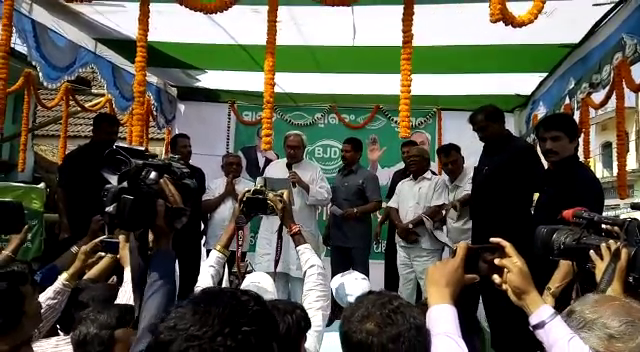 The BJD supremo landed at the temporary helipad at Hinjili this morning from where he began a road show for the three-tier panchayat poll.

Tight security arrangements were made ahead of BJD chief’s visit to Hinjili, which is represented by him.

Uncertainty prevailed over Naveen’s participation in panchayat poll campaigning till he acceded to the demands of over 100 party leaders. Though party members wanted Naveen to campaign throughout the state, the party chief only limited his visit to Ganjam district.