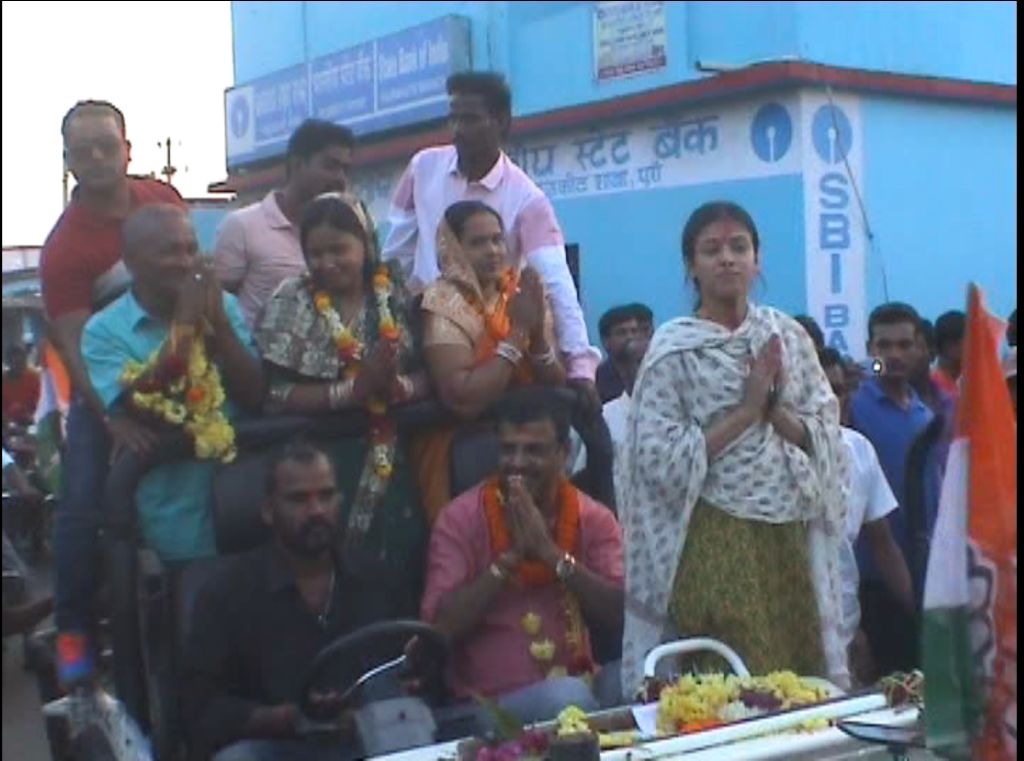 She was seen attending a rally in Krushna Prasad block of Puri district and seeking votes for Congress candidates. Along with Upasna, Lulu’s younger brother Lalitendu Mohapatra was also seen campaigning for the party.

Congress has made Lalitendu a star campaigner of the party for the polls even though he doesn’t have any political experience.

Upasna, however, had toured Brahmagiri Assembly constituency extensively during the 2014 general election along with her father – who then was a MLA contestant from the constituency.

Meanwhile, campaign reached fever pitch with contestants and star campaigners reaching out to voters with promises across the state. Even though minor campaign related violence were reported from Jagatsinghpur and Kendrapara, the situation remains by and large peaceful.

Campaigning will continue till 7 PM of February 11 and will end before 36 hours of polling on February 13, according to an earlier notification issued by State Election Commission.

Voting will be conducted in five phases on February 13, 15, 17, 19 and 21 in a block-wise pattern. Casting of votes would take place from 7 am to 12 noon and counting of votes will be done from 1 pm onwards on these days.