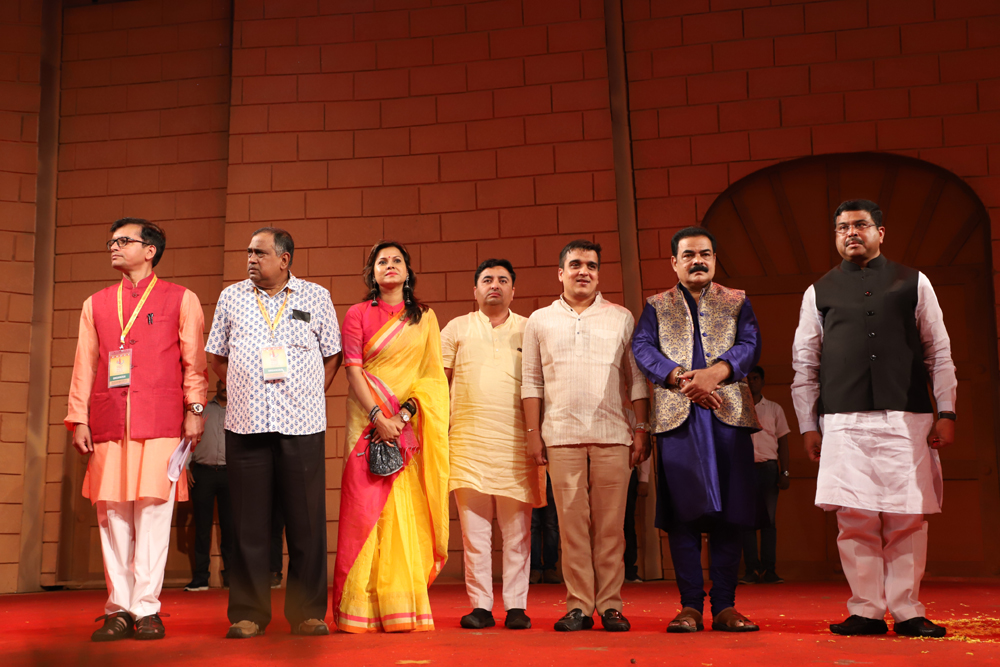 The event witnessed heavy footfall on both 2nd and 3rd September at Surat, the business capital of the state of Gujarat.

This magnificent festival had given an opportunity to the people of Gujarat and especially Surat to experience the unique art, culture, heritage, tradition, cuisine, dance, music and various other delights from this beautiful coastal state.

Odisha Parba also showcased the illustrious history and saga of the valour of Odisha’s brave hearts against the British Raj, through a multi projection 3D mapping film.

Over 40 thousand visitors were thrilled with joy to witness Odisha’s magnificent journey from the ancient era to the illustrious contemporary times.

He said Odisha Parba was started in New Delhi and reached at Surat today and in upcoming days the festival will also be celebrated in other states.

Sidhartha Pradhan, President of Odia Samaj said, “We are spellbound by the enthusiastic response by the residents of Surat. The festival saw a huge gathering of people on both the days.  After two successful editions of Odisha Parba in Delhi, we wanted to give even a better experience this time and the huge gathering of people was a testimony to our hard work and commitment.”

“Through this festival, we are showcasing the rich culture and heritage of Odisha. It was very satisfying to see people enjoying the glimpse of Odishan culture and heritage and relishing mouth-watering and authentic Odia delicacies. The folk dances and musical presentations from Odisha mesmerised the audience greatly,” he added.