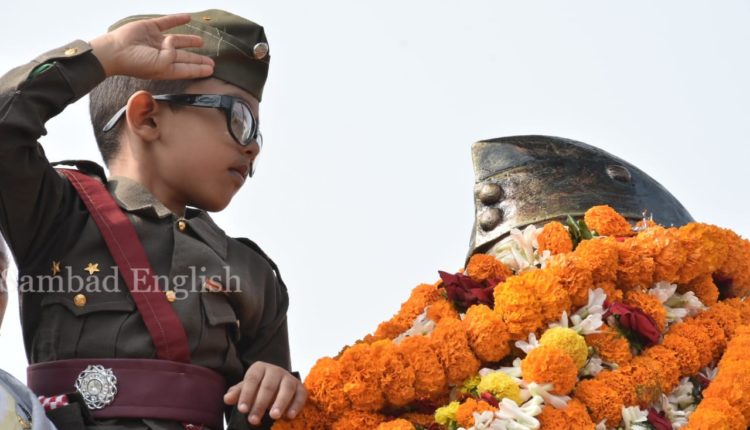 Bhubaneswar: Birth anniversary of Odisha’s two legendary sons of the soil Netaji Subhas Chandra Bose and Veer Surendra Sai was observed with much fervour in the state today.

Netaji’s 123rd birthday was celebrated in grandeur at his birthplace in Odia Bazaar in Cuttack with Governor Ganeshi Lal and several political leaders visiting the place to pay rich tribute to the freedom fighter. Chief Minister Naveen Patnaik, Governor Ganeshi Lal, BJD MLA Soumya Ranjan Patnaik and BJP state president Sameer Mohanty visited the  Netaji Birthplace Museum and paid floral tribute to a statue of Subhas Bose. A Padayatra was also taken out by residents of the Silver City on the occasion.

The birthday of freedom fighter Surendra Sai was also observed at his native village Khinda in Sambalpur district. Several functions were also organised in the district as well as other parts of the state to mark his birthday.

The CM and Union Minister Dharmendra Pradhan took to Tweeter to pay homage to both the freedom fighters. 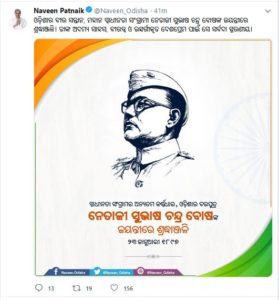 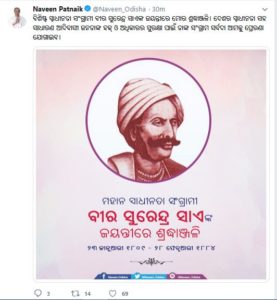 Dharmendra Pradhan tweeted, “Tributes to the revolutionary freedom fighter and founder of the Indian National Army #NetajiSubhashChandraBose on his birth anniversary! A fearless nationalist and an epitome of patriotism, his exceptional legacy will continue to inspire generations across the nation.”