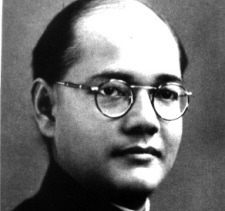 While the 120th birth anniversary of Netaji Bose was observed in a big way at his birthplace in Odia Bazaar in Cuttack, the birthday of freedom fighter Surendra Sai was observed at his native village Khinda in Sambalpur district.

Chief Minister Naveen Patnaik and Tourism Minister Ashok Chandra Panda and others visited the Netaji museum in Cuttack and paid homage at the Janakinath Bhawan where Netaji was born on January 23, 1897.

Several functions were also organised to mark his birthday.

“Saluting the icon of patriotism, valour, sacrifice of one of the greatest sons of soil Netaji Subhas Chandra Bose, on his birth anniversary,” tweeted the Chief Minister.

“I pay my heartfelt tributes to the great revolutionary, freedom fighter and leader of the people Veer Surendra Sai on his birth anniversary,” said the Chief Minister.