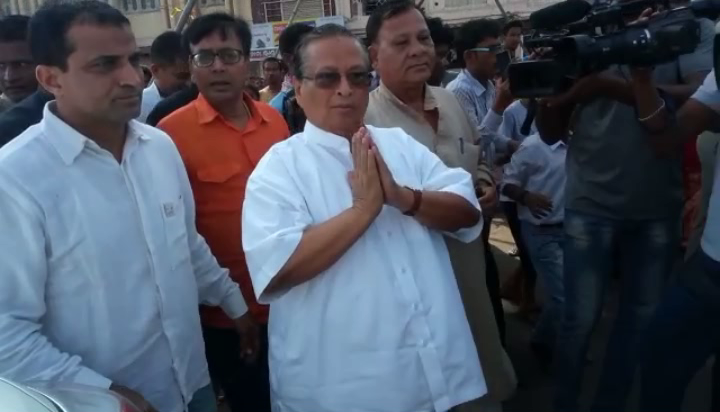 If the speculations will be believed, the PCC chief may enter to elections as the Congress’ candidate from Ghasipura and Bhandaripokhari Assembly seats, which are yet to be announced.

Even Patnaik is keen on contesting the Assembly polls this year. However, he is waiting for a nod from the All India Congress Committee (AICC).

“The AICC will decide on this proposal. If the party wants me to contest the polls from both the seats, I will follow it,” Patnaik told reporters.

When asked about Badri Patra’s open challenge, he said, “I agree with Badri Babu that he is more powerful than me. I cannot compete with him in committing crimes like him. I am weaker than him in murder and physical assault.”

However, he accepted the BJD leader’s challenge saying that he is ready for the poll fight.

“Badri Babu is a sitting minister. I am away from the minister post for past 20 years. In fact, I am ineligible to show my strength in his constituency. But, I have requested the AICC to allow me to test my power and guts,” he added.

Reacting to his statement, Patra said, “Niranjan Patnaik’s candidature in my constituency will have no impact as people of Ghasipura have not seen him for the last 10 years.”

While Odisha’s ruling BJD has nominated School and Mass Education Minister Badri Narayan Patra, BJP’s Prthviraj Kanhar will contest the polls from Ghasipura. If Patnaik will be fielded, three-corner fight is likely to win the seat.

Mahanadi water dispute: Tribunal asks Odisha, Chhattisgarh to hold another round of talks

Three BJD leaders expelled from party ahead of Odisha polls