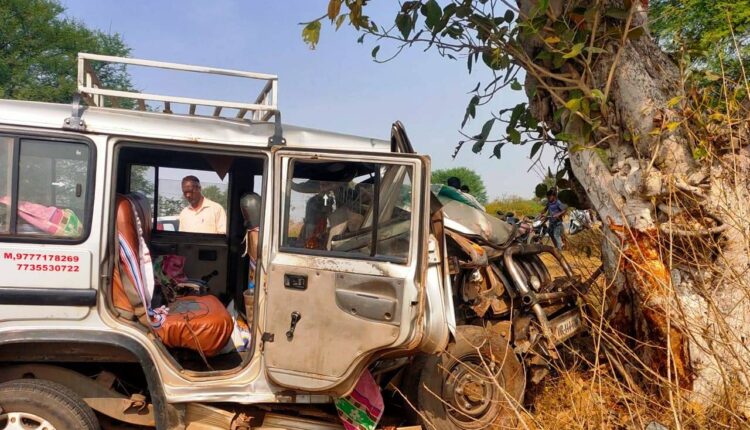 Rourkela: A picnic trip turned tragic after the driver of a SUV died while seven others suffered critical injuries when the vehicle carrying the picnickers met with a road mishap in Subdega area under Talsara police limits in Sundargarh district today.

As per  reports, seven persons of a family from Laida village in Kuchinda of Sambalpur district were going to Ghogar in Balisankara of Sundargarh for picnic.  The accident occurred when the SUV they were travelling in lost control and dashed against a roadside tree. While the driver died on the spot, seven critically-injured were rushed to Subdega Upper Primary Health Centre (UPHC).

After giving first aid treatment, doctors at the hospital referred the injured to District Headquarters Hospital (DHH) for further treatment.

Meanwhile, police personnel reached the spot and began an inquiry in this connection.