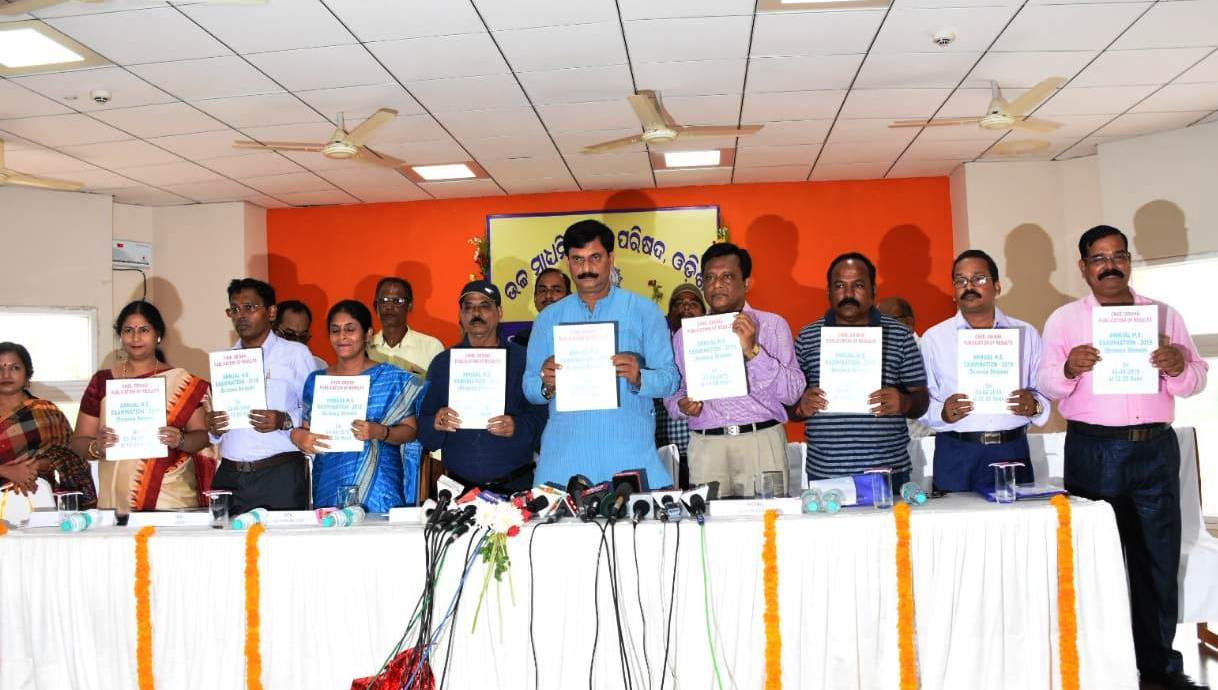 Balasore district has registered the highest pass rate of 86.56 % followed by Khordha  with 86.44 % and Nayagarh with 85.82 %. Last year, Nayagarh had topped the list with 92,23 % pass rate.  The lowest pass percentage this year has been recorded by Gajapati with 36.20 %. The district had registered the lowest pass rate in the annual Plus Two Science examination last year too.

Nine colleges have registered zero results whereas 100 per cent results has been recorded in 29 colleges.

Students are advised to log on to official websites www.chseodisha.nic.in and www.orissaresults.nic.in to get their scores. School and Mass Education Minister Sameer Ranjan Dash informed that students can apply for rechecking within 15 days from June 6.

Total 97,750 students in Science stream had appeared for the annual exam held between March 7 and 30. This year declaration of +2 Science results git delayed since cyclone FANI affected the evaluation process. Last year, the results were announced on May 19.

Seats to be increased in medical colleges in Odisha