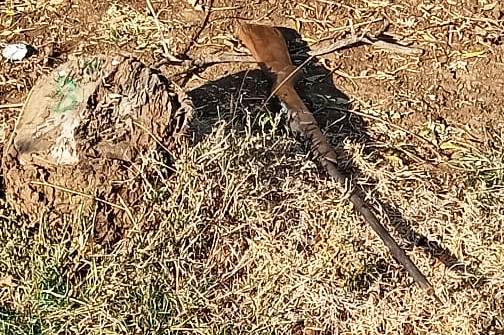 Bhawanipatna: A poacher died after the gun used by him for hunting animals backfired at Kuliamanda forest under Jaipatna block of Odisha’s Kalahandi district, today.

The deceased has been identified as Surendra Rout of Sabiguda village.

According to reports, Rout had gone to the forest with four others for poaching. While firing from a country-made gun, Rout sustained bullet on his face as the firearm backfired.

On being informed, police reached the spot, recovered the body for post-mortem, and initiated an investigation.

Last month, a poacher was electrocuted to death after coming in contact with a live electric wire laid by him for poaching activity at a forest near Rodasinga village under Purunakote police limits in Angul district.

Also read- Poacher Dies After Coming In Contact With Electric Wire Laid By Him In Odisha.

Active COVID cases in Odisha dip below 1000 after 8 months