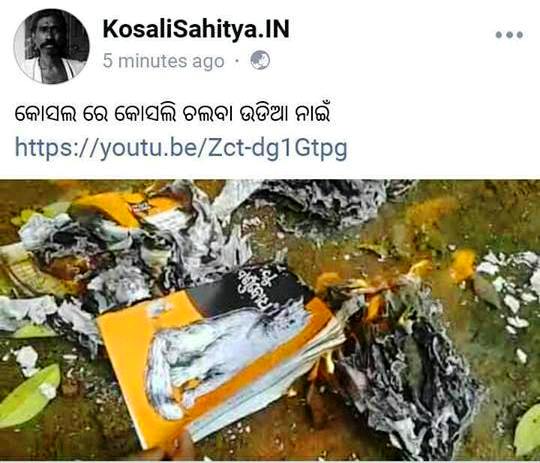 Bhubaneswar: A day after a video showing ‘Chhabila Madhu Barnabodha’, a basic book to learn Odia script and letters, being torched went viral on social media linking Kosli poet Haldhar Nag with it, the Padma Shri awardee broke his silence and condemned the whole incident today.

It may be mentioned here that the video posted on a YouTube channel in 2018 was shared on a Facebook page ‘Koshali Sahitya.In’ yesterday. The post later triggered controversy since the page that shared the video had a display picture of Padma Shri Haladhar Nag.

Slamming the incident, the Kosli poet said, “Chhabila Barnabodha depicts the pride and identity of Odia language.Some ill-minded people are trying to defame me by using my picture in the page and sharing the video showing the book being torched by some people.”

“I don’t even know what Facebook is. I condemn those who have done such a mischief using my picture,” he added.

PEO looted of Rs 3.9 lakh at gunpoint in Odisha’s Boudh