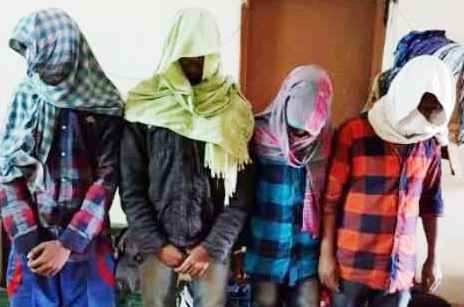 The arrested were identified as notorious criminal Balaji of Kodala area in Ganjam district and three others hailing from Bharatpur on the outskirts of Bhubaneswar.

According to reports, the four had looted Rs 25,000 from a person at Phuleswar slum here three months ago.

Besides, the dacoit gang had robbed Rs 95,000 from a car near Rajdhani College here after hurling bomb at the vehicle.

A week ago, they had looted Rs 1 lakh and a bike from a businessman at Aiginia here after threatening him at gunpoint.