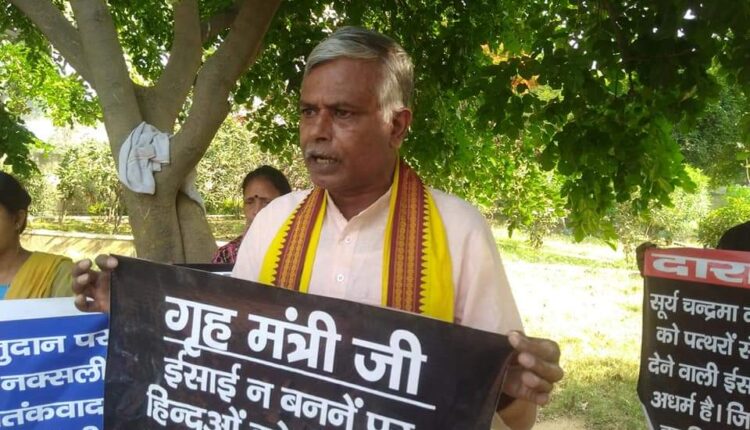 The 58-year-old Jain was arrested from his residence in Delhi. He was handed over to Sahadevkhunta Police on Friday after he was brought to Odisha. He was forwarded to a local court following interrogation.

According to reports, Jain, the founder-president of Dara Singh Bachao Samiti, which is a fringe outfit fighting for Dara’s release, had made derogatory statement against Chief Justice of India after the Supreme Court ordered to cancel holding of Ratha Jatra in Puri in view of congregation during COVID-19 pandemic.

He is also accused of extorting people on various social media platforms to raise voice against the CJI over the decision.

In this regard, three separate cases were registered following a complaint by lawyer Amar Ballav Nanda at the Sahadevkhunta Police Station in Balasore district against the protester.

Later, a team of Crime Branch raided his house in Delhi on July 7 and arrested him.

Entry of people from Ganjam and Jajpur to Angul banned