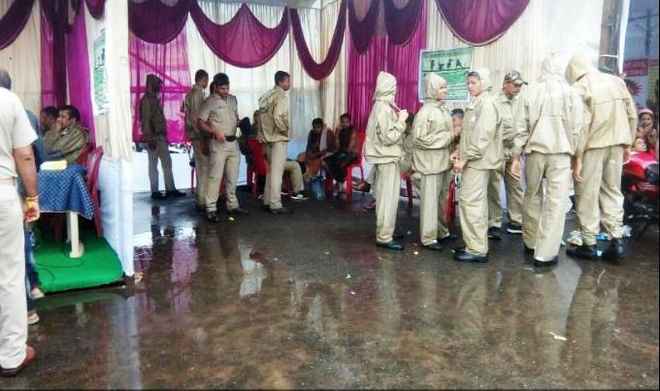 As ban order has been imposed by the temple administration on climbing atop the chariots and touching deities by devotees, police detained the two at police station.

“Action will be taken against the accused if they will be found to be non-servitors,” said Shree Jagannath Temple Administration (SJTA) chief administrator Pradip Jena.

The incident took place when the pulling of Taladhwaja chariot resumed this morning from Balagandi chhak in pilgrim town.