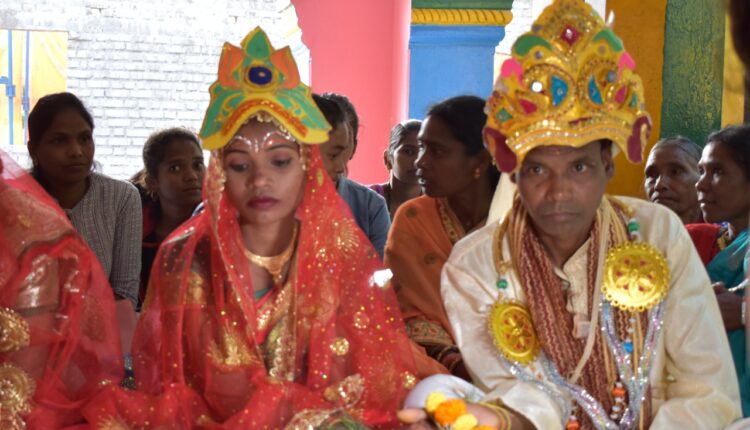 Bhubaneswar: In a clear-cut message to the Maoists to return to the mainstream, the Odisha police today facilitated the wedding of two surrendered women extremists with the grooms of their choice in Kandhamal district.

The police hosted the wedding ceremonies of former Maoists Sapnita Patamajhi (Nandini) and Phoolabati Ushendi (Karuna) in the presence of their family members.

Nandini had joined the Maoist organization in 2018. She had surrendered before then Kandhamal Superintendent of Police (SP) in 2019.

Karuna got associated with the Left-wing extremism in 2008. She shunned the path of violence and surrendered before then Director General of Odisha police in 2021.

The duo was provided with tailoring training and other benefits as part of the rehabilitation scheme of the state government, sources said.

The Odisha police also came forward to facilitate the wedding of the two former Maoists when they chose grooms for them.

Nandini tied the knot with Binod of Daringbadi while Karuna got married to Swapneswar of G. Udayagiri, sources said.

The Kandhamal police, meanwhile, wished for the happy marital life of the two surrendered women extremists.

“We call upon the Maoists to leave the path of violence and return to the mainstream. We are ready to provide them the benefits of the rehabilitation scheme of the state government,” said the Kandhamal police in a press note.