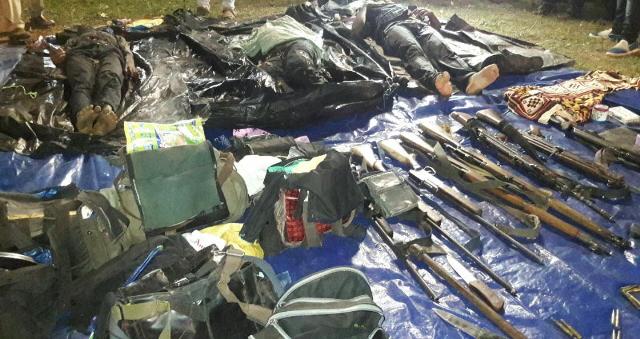 Bhubaneswar: In yet another encounter by the police, a Maoist was killed during combing operation at Sudurukumpa in Kandhamal district. An INSAS rifle was seized from the spot.

The four cadre Maoists were killed in an exchange of fire with the police while they had gathered for a meeting at Golanki village, informed ADG (Operations) R P Koche to reporters.

Eight guns including an A K 47 rifle and an Insas rifle have been recovered from the place of encounter, he added.

The exchange of fire between the Red rebels and the police was continuing at the time of filing of this report.

Earlier in the day, two more Maoists were gunned down by the police in Belapada block of Balangir district as we reported here.

Kalinga lit fest to focus on building a ‘just society’