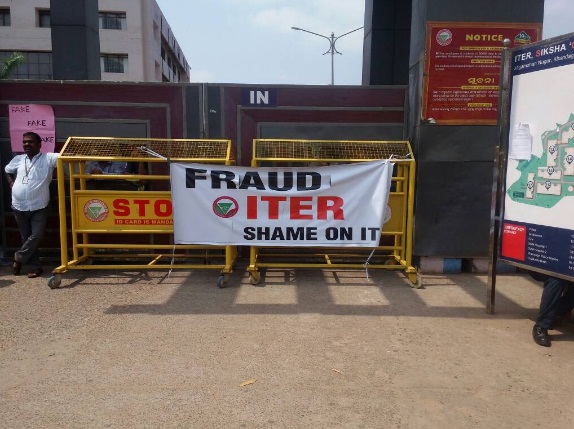 The Commissionerate police expect to get more clues and trace out others hands behind the case after interrogating Manas during the remand period.

Yesterday he had made shocking revelation that Siksha ‘O’ Anusandhan (SOA) University, the varsity that runs the ITER, had offered him a job for which he wanted to help it in return.

He had also rubbished the allegation of being a middleman between the recruiting companies and the ITER College.

Manas, hailing from Balia under Salipur police station in Cuttack district, was arrested by Twin City Commissionerate police from Puri on June 2.

Earlier, ITER Dean (Placement) Rajkishore Hota was arrested for his alleged involvement in the fake recruitment.

As many as 50 students of the college functioning under Siksha ‘O’ Anusandhan (SOA) University had alleged that they got fake job letters for recruitment in many leading companies during the campus placement drive at ITER.