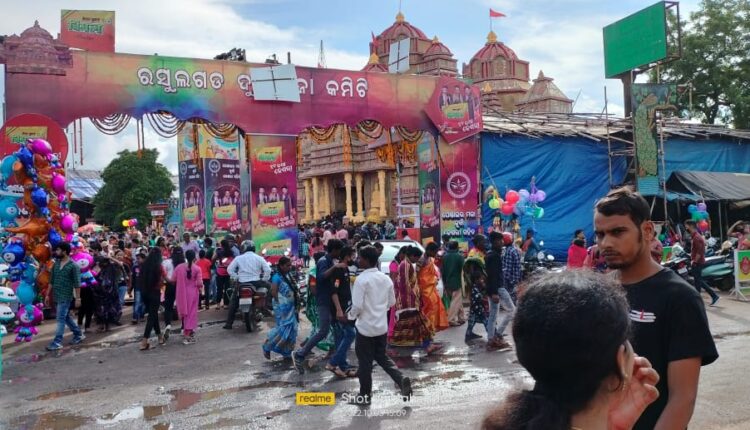 Bhubaneswar: The Commissionerate Police will deploy as many as 17 platoons of police force for smooth conduct of the immersion ceremony in the capital city here tomorrow (October 6).

“Three committees have been formed for smooth conduct of the immersion ceremony. Separate route charts have been issued to the three committees for the procession to carry idols from the pandals to the makeshift ponds dug up on the riverbeds outside the city,” said an official of the Commissionerate Police.

Meanwhile, thousands of people visited the puja pandals in the city here and offered prayers to Goddess Durga on the occasion of Bijaya Dashami today.

The people celebrated the festival with gusto after a gap two years. There were restrictions on public celebration of Dussehra in 2020 and 2021 due to Covid-19 pandemic.

This year, as many as 170 puja pandals came up in the city for celebration of Dussehra. The civic authorities have dug four artificial ponds on the banks of Kuakhai and Daya rivers for immersion of idols, sources said.