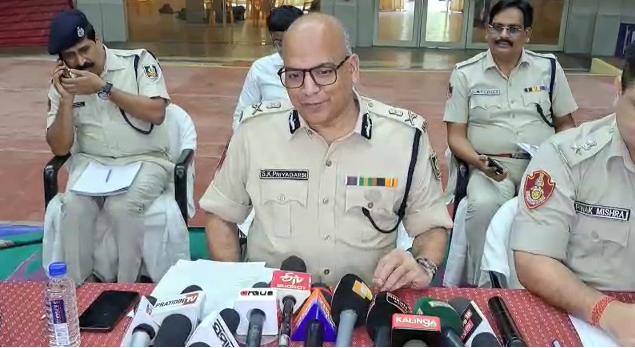 Cuttack: The Commissionerate Police will deploy as many as 55 platoons of police force for smooth organisation of Dussehra festival in the Silver City here.

“At least 50 police officers will be deployed in the city to maintain law and order during the festival,” said Police Commissioner Saumendra Priyadarshi at a preparatory meeting at Jawaharlal Nehru Indoor Stadium here today.

“This year, a total of 28 puja committees will have silver tableaux for Dussehra celebration. Security personnel will be deployed at each puja pandal. Puja committees can hold cultural events till midnight. We will deploy a few teams of striking force in the city to step up security during the festival,” he added.

The entire city has been divided into eight zones for traffic management during Dussehra. Each zone will have a senior officer. The traffic regulations would be in force till October 6, said the Police Commissioner. “Around 300 CCTV cameras have been installed across the city. Besides, some puja committees have installed GPS in their tableaux,” he added.