Odisha politicians walk the ramp for a cause 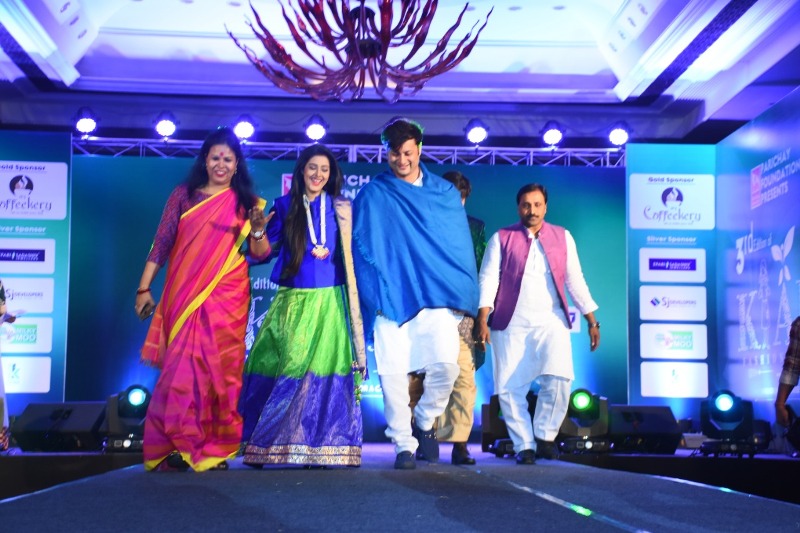 Bhubaneswar: The young politicians including Ollywood superstar Anubhav Mohanty walked the ramp for a cause and to promote hockey ahead of the World Cup here on Tuesday.

The legendary hockey star Dilip Tirkey, as well as the former captain of Indian Hockey Team, joined the cause to walk the ramp along with eminent hockey players from the State at the third edition of Kiah Fashion Show organised by Parichay Foundation at Mayfair Lagoon.

“With the Hockey World Cup coming up, I am privileged to be a part of such a cause along with other hockey players from Odisha,” said former Rajya Sabha MP Tirkey on the occasion.

He lauded the Parichay Foundation, which organized the fashion show, to raise funds for its flagship programme, Alaknanda scholarship programme for drop-out girl students.

“Not only has Parichay done its bit to promote hockey, but it has also raised funds for the education for underprivileged children and given a feeling of empowerment to these slum women, who have overcome many challenges in life to stand on their own feet with the help of Parichay Foundation,” he said.

Celebrity power couple Anubhav and Barsha Priyadarshini also walked the ramp along with other celebrity pairs including Rinki Sarita Patnaik (Mrs India Worldwide 2017-18) along with designer Ramauli who designed all the outfits for the show as the fashion partner for the event, Satavisa Das (World Junior Model International) and Epari Shivam, selected for little model earth.