Odisha politics hots up: Whose rice is it anyway? Naveen’s or Modi’s! 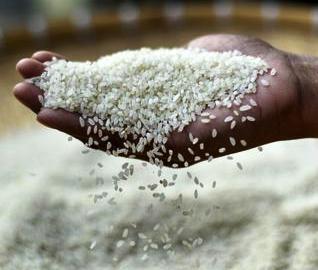 “Javadekar is a Union Minister but he is probably ignorant about the Constitution of India and federal system. Distribution of foodgrains to people across the country is made under the provisions of the National Food Security Act. This Act is applicable to every individual across India.

Under the federal system whatever amount is spent on this account is provisioned by the Finance Commission which is given to it by the residents of the State. So how come Modi or Central government have provided the money?” asked Food Supplies & Consumer Welfare Minister Surjya Narayan Patro in response to Javadekar’s claims that the rice provided by the State government under the ‘Re 1 a kilo’ rice was actually ‘Modi rice’.

“This is binding under the law. Under the provisions of the National Food Security Act whatever money is required for providing rice to the people is the declared amount of the Finance Commission. By adding some more money by way of subsidy to that from its exchequer Odisha government is providing rice at Re 1 a kilo to beneficiaries,” he explained.

Patro threw a poser at Prime Minister Narendra Modi by asking which of the BJP-ruled States in the country were providing rice at Re 1 a kilo.

“Rice is being provided under the National Food Security Act. Let Modi tell in which of the States ruled by BJP be it Rajasthan, Gujarat, Maharashtra, Himachal Pradesh or any other State, rice is being provided to beneficiaries at Re 1 a kilo like that in Odisha?” he questioned.

The Congress claimed that subsidized rice provided to beneficiaries across the country and in the State as well was the outcome of the National Food Security Act brought by the Manmohan Singh government at the Centre during the UPA’s rule.

“The rice which is being provided to beneficiaries at subsidized rate in the country and in our State as well is neither ‘Modi rice’ nor ‘Naveen rice’. When Manmohan Singh was the Prime Minister and the Congress government was in power at the Centre it had brought NFSA and under its provisions Central government is providing rice at a subsidized rate of Rs 3 a kilo. After purchasing rice at Rs 3 per kilo the State government is providing Rs 2 per kg subsidy from its own exchequer and making it available to the people at Re 1,” said senior Congress leader Narasingh Mishra reacting on Javadekar’s comments on the ‘Rs 1 a kilo rice’.

Earlier in the day, Javadekar who is on a two-day visit to the State targeted Chief Minister Naveen Patnaik on his government’s Re 1 a kilo rice scheme. He said while Prime Minister Narendra Modi was providing Rs 27 per kilo of this rice, Naveen’s contribution was only Rs 2. He called it Modi rice.

“Is there any dispute that the government here is inefficient? This is the reason why people are angry. Rs 1 a kilo rice is not given by Naveen babu. Modi gives Rs 27 and Naveen babu gives only Rs 2. It is Modi’s rice you should understand. Secondly, Naveen babu’s government has one speciality it usurps and rebrands Central government schemes by giving two paise for every Re 1 given by the Central government,” Javadekar  had said.