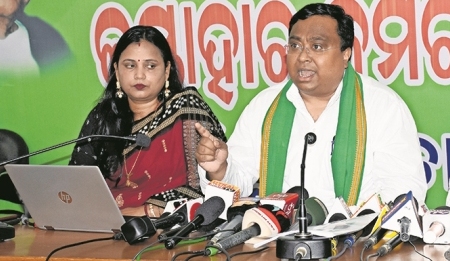 Bhubaneswar: Hours before the fourth phase elections in Odisha, a BJD delegation today moved the Chief Electoral Officer (CEO) alleging that the BJP was campaigning through voice calls from a particular number during the 48-hour silence period, thereby violating the Model Code of Conduct.

In a letter submitted to CEO Surendra Kumar, the BJD has demanded strict action against the saffron party and the service provider via which the voice calls were being circulated, and immediate stoppage of the calls.

The BJD also demanded immediate curb on social media campaigning by the BJP during the silence period.