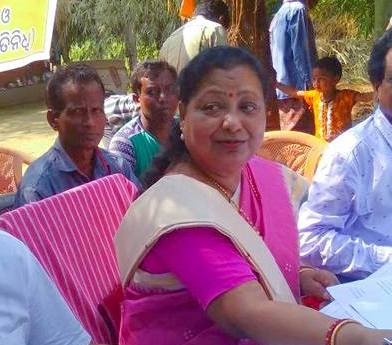 Kendrapara: Former MLA and BJD leader Sipra Mallick, who had filed nomination for contesting the Odisha Assembly polls from Kendrapara constituency as an Independent candidate, withdrew her candidature today.

Mallick had on April 10 made an announcement in this regard after meeting BJD supremo Naveen Patnaik at the latter’s residence in Bhubaneswar.

“Though I was earlier wishing to contest as an Independent candidate with the support of the people of the area, I have now changed my decision respecting and abiding by the decision of our party president Naveen Patnaik,” she had said.

Mallick will extend her support to Finance Minister and BJD leader Shashi Bhusan Behera, whom the party has fielded from the Assembly seat.

After being denied BJD ticket, Mallick, who successfully contested the 2009 Assembly polls in Odisha from the very constituency, had on April 9 filed nomination papers as an Independent candidate.

The Kendrapara Assembly constituency will go to polls in the fourth phase on April 29. Counting of votes will be held on May 23.