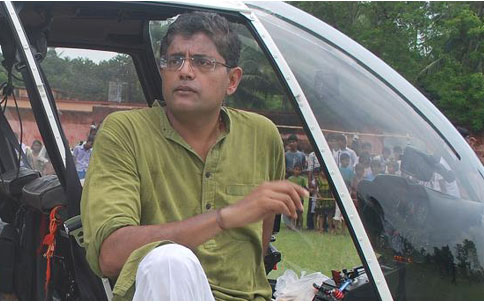 “BJP leader Baijayant Panda, who is also the MP candidate for the BJP from Kendrapara has been using helicopters owned by IMFA company for his election campaigning,” the BJD alleged in the complaint letter addressed to the CEO.

“However, it has come our knowledge that these helicopters owned by IMFA company do not have commercial charter which is mandated as per the Election Commission guidelines.”

“The bigger question before the Election Commission is that how come a contesting MP candidate is able to fly helicopters owned by IMFA company of Odisha while helicopters do not have a commercial charter.”

As per the mandate, an election contesting candidate is required to furnish the expenditure on hiring a helicopter in his or her poll expenditure statement, it further added.

The BJD delegation requested the CEO to look into the matter seriously and urged to take urgent and strong action against Panda and IMFA as per the law.

Replying in a tweet, the businessman-turned-politician said he had used the helicopters in all the last elections.

BJD stoops low, filing “poll code violation” complaint for my using a pvt helicopter, ie not a commercial charter.
I’ve used pvt helicopters in all prior elections.
I also campaign in a pvt car, not taxi.
Per EC rules, costs are deemed 2b incurred & included in my poll accounts.

Notably, Panda, who won from Kendrapara Lok Sabha constituency in 2014 on a BJD ticket, was first suspended in January last year over charges of anti party activities. He subsequently resigned from the party as well as Lok Sabha in May and June last year and joined the BJP in March this year.