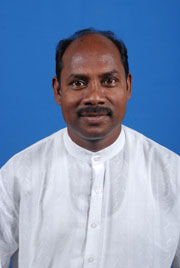 “I have got respect from Sonia Gandhi and Rahul Gandhi. But the leadership and functioning of Niranjan Patnaik and newly appointed George Tirkey is against the principles of Congress party,” the two-time MLA from Rajgangpur assembly constituency stated in his resignation letter.

Minz filed his independent candidature from the same seat at the sub-collector’s office in Sundergarh today.

A former hockey player, Minz had defeated sitting Rajgangpur BJD MLA Mangala Kisan to clinch the assembly seat in 2004 elections. He also retained his sitting MLA position against BJD candidate Bendict Tirkey in 2009, but lost to Kisan in 2014.

Thank you Prime Minister for contesting from Odisha

Odisha IPS officer goes out of the way to help accident…