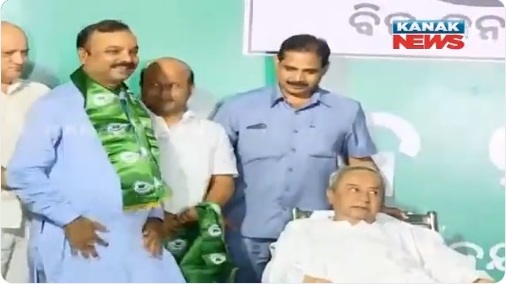 Bhubaneswar: In a major blow to BJP, its former state vice president of Raj Kishore Das joined the ruling party this evening.

Raj Kishore, along more than a hundred supporters officially joined the conch party at an induction program in the BJD headquarters, in the presence of party president Naveen Patnaik.

Raj Kishore, considered a heavyweight political leader in Mayurbhanj district, had submitted his resignation from the primary membership and renounced state vice presidency on Mar 23.

According to reports, he alleged that though he was a ticket aspirant for Morada constituency in the district for the upcoming assembly polls, the lotus party had overlooked his contribution of 40 years.

These trains originating from Odisha to Bangalore cancelled