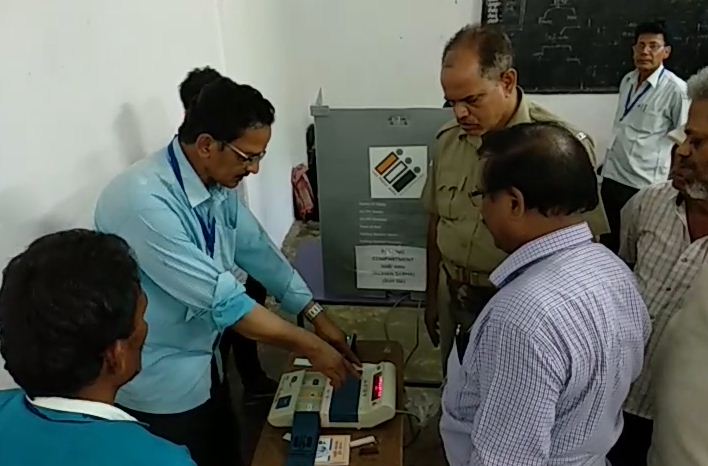 Bhubaneswar: Technical glitches in Electronic Voting Machines (EVMs) at several booths in Odisha marred commencement of Lok Sabha and Assembly elections in the state today as voting was delayed at the polling stations.

As per initial reports, the glitches were detected in the machines at Parabeda High School (Booth No. 162) in Jeypore area of Koraput district, which delayed the voting process by 45 minutes. Similar issues arose in 2-3 booths of Kotpad constituency.

In Malkangiri district, voters had to stand in queue for a long time at Chitrakonda High School (Booth No. 211) due to technical problems in the EVM. Situation was similar in at least 10 booths of the district.

“There were reports of technical glitches in EVMs at some booths and polling began 30-40 minutes after the scheduled time, post repairing of the machines. Extra time for voting will not be alloted at the booths. However, voters who are already in queue will be allowed to cast their votes,” said Odisha Chief Electoral Officer (CEO) Surendra Kumar.