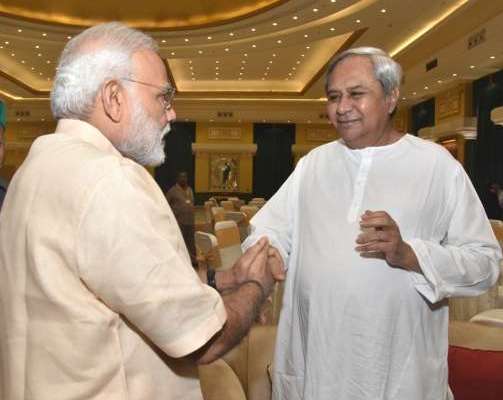 Modi took to Twitter to wish Patnaik and wrote, “Congratulations to Naveen Babu for yet another victory in Odisha. Wishing him the very best for the next term.”

Congratulations to Naveen Babu for yet another victory in Odisha. Wishing
him the very best for the next term.

As per latest trends, BJD has already won from 11 Assembly segments and leading in over a hundred Constituencies. In Lok Sabha, the ruling party is leading in 13 seats.

In response, Naveen called up Modi to thank him for his wishes and also congratulated him for his landslide victory in the Lok Sabha elections.

Thank you PM @narendramodi ji for your wishes on @bjd_odisha’s spectacular performance in #OdishaElections2019. Congratulate #NDA and @BJP4India for the huge victory in #LokSabhaElections2019. Look forward to working together for the people of #Odisha.