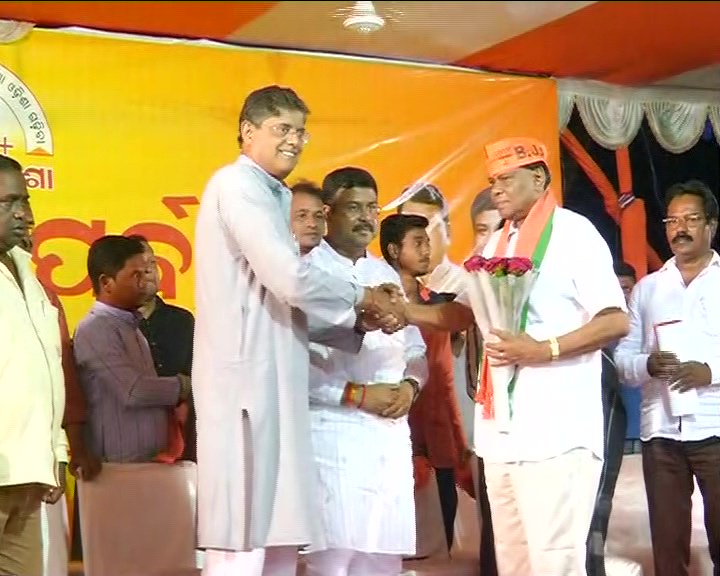 Bhubaneswar: A day after BJD President and Chief Minister Naveen Patnaik claimed that the BJP is scouting for their candidates outside the BJD office, the Saffron party lapped up another senior leader, who recently quit the ruling party for not getting a ticket to contest the upcoming polls.

Former Minister Raghunath Mohanty, who resigned from the BJD after being denied a party ticket, joined the BJP today amid speculations that the Saffron party might give him a chance to contest the polls.

“We will work together and make efforts to strengthen the BJP. It’s time for ‘Parivartan’ in Odisha,” Mohanty told reporters here soon after joining the party.

One of the founding members of the BJD, Mohanty had cited “personal reasons” in his resignation letter to quit the Naveen Patnaik-led party.

Sources in party, however, had said Mohanty was a ticket aspirant and got upset with party leadership after he got to know that he is not getting being fielded from Basta this time.

Before ending his ties with the BJD, the former Minister had on Saturday resigned as Chairman of Odisha Lift Irrigation Corporation.